How I Solved It: Did Your Ancestor Leave You A Clue at the Cemetery? 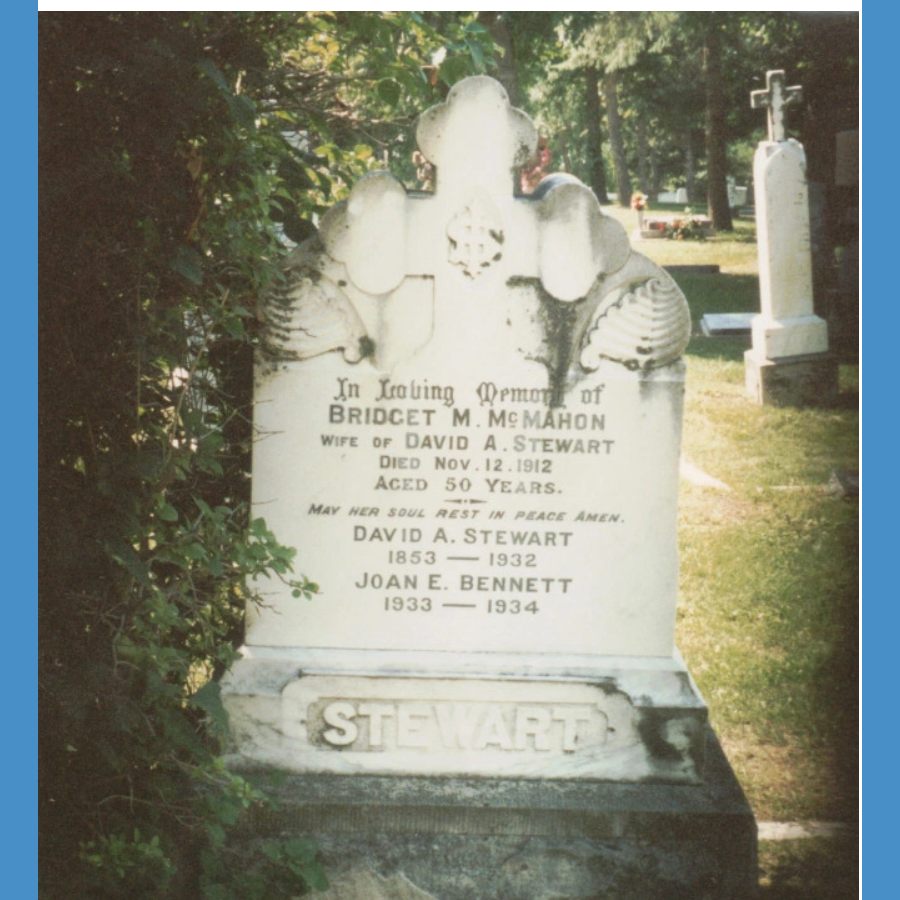 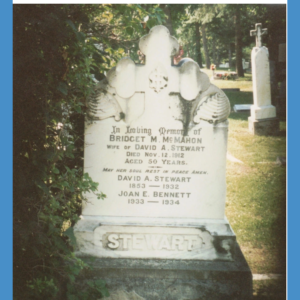 Patricia Greber, blog author from the website My Genealogy Life, has shared this blog as part of our ongoing “How I Solved It Series”.

An in-person visit to a cemetery reveals a set of three headstones, one of which doesn’t fit with the other surnames. A message on the Rootsweb email list and a response from a researcher about that other surname has produced research and collaboration that has solved the mystery of why they were buried together, something that might have taken much longer without having physically seen the headstones in person

Did your ancestor leave you a clue at the cemetery? Mine did.

Sites like Find-A-Grave and Canadian Headstones are great tools to use in helping us research our family but a trip to your ancestors grave could lead to more discoveries. What you don’t see in the pictures posted on those sites is the headstones surrounding an ancestor. I found the clues my ancestor left on a visit to a cemetery which I wouldn’t have found without being there.

The trip took place in 1998 when my mother and I drove to Saskatchewan to discover more about her grandparents whom she had never met. They were all deceased so the trip would be to the cemeteries to pay our respects.

Up until that point, I had done most of my research on my mother’s family by making phone calls, sending emails, applying for b/m/d certificates and visiting my local library & LDS Centre looking at census records. I was on a limited budget and working with next to no information (my mother knew very little about her family history).

My husband agreed to watch our kids and my mother and I set off, loaded with maps and hope in our hearts. On our list was Indian Head, Saskatchewan (where her mother was from) and Yorkton, Saskatchewan for her paternal side. We hit up numerous antique shops along the way and enjoyed our mother-daughter time.

In Yorkton, we visited King Cemetery armed with the knowledge that this was the final resting place of David Stewart & his wife Bridget McMahon, her grandparents. After locating her grandparent’s headstone and getting a photo, I noticed that beside was a matching headstone but the names were unfamiliar. It read –

This was puzzling, further investigation around the stones showed that there was a cement border enveloping the stones and a third stone that was David & Bridget Stewart’s daughter Violet. But who were these McGowans?

Once we returned from our trip, I checked the Rootsweb mailing list for a surname mailing list for the McGowan name. These mailing lists were a great way for genealogists to be in touch before the advent of Facebook and more modern communications. So I joined the list and sent a query asking if anyone knew why the McGowan stone was close to the Stewart’s and if anyone knew of the connection. About an hour later I zipped back down to the basement to check and see if I had received a response, after waiting for the dial-up of our internet I saw that there was a reply from Dani Lee McGowan. Dani Lee had been to the same cemetery two years previous and took nearly identical photographs.

My mother Mary (Stewart) Dever is holding back the bush so we can read the inscription on Violet Stewart’s stone. This is the third stone enclosed in the cement border which you can see on the right.

Dani Lee knew the families were connected, but she also questioned how. This began the start of a friendship and collaboration that continues to this day. I started researching the McGowan family and eventually found that we share a common relative, Mary Loftus.

Mary was born about 1822 in Sligo, Ireland (not proven) and married Felix McGowan, either in Ireland or in New York. In 1839 their first child Bridget was born, and two sons John (1842) and Thomas (1844) arrived after the family moved to West Flamboro, Wentworth Co., Ontario. In about 1845 Felix passed away, the following year Mary who was a devout Catholic marries a Scotch Presbyterian in 1846. Enter my ancestor William Stewart who becomes a father to Mary’s children and together they have six more, James, Margaret, Alexander, David, William all born in West Flamboro. Mary Ann, their last child, was born in 1857 after the family moved to Ayton, Normanby Twp., Grey Co., Ontario.

The flurry of emails between Dani Lee and I during this research period and discovery was almost daily. Every new discovery was celebrated, we were thrilled to have found our connection.

Evidently, our great-grandfathers David Stewart and John McGowan were close. They traveled from Normanby, Ontario settling in Manannah, Meeker Co., Minnesota for about 30 years, and later they both moved back to Canada and finally chose to rest side by side in death.

The Trip was Worth It

Would I have ever discovered this without a visit to the cemetery? I may have, but I think it would have taken me a lot longer to figure out the connection and I would have missed out on years of collaboration with my cousin!

Seeing the stones side by side was a big clue that these families were connected. The cement border indicating the shared plot drove home that I needed to spend time researching this family.

My advice to you, take the time to visit your ancestors final resting spot and keep your eyes open for any clues the left you.

Dani Lee and I have never met face-to-face but she has plans to travel to Canada this summer and I hope that we will be able to have a reunion that is 20 years in the making!

We still have yet to find when our common ancestress Mary Loftus died. We know she was in Minnesota in 1888 according to “Illustrated Album of Biography of Meeker and McLeod Counties Minnesota” where she is mentioned in the write up for John McIntee, her son-in-law.

Her next and last appearance is in the 1891 Canadian census where she is living with her oldest son James Stewart in Ayton, Ontario. That is the last record we have been able to find for her, someday we hope to find where she is buried so we can journey to her resting place and pay our respects.

Patricia has been doing genealogy research for over 20 years and blogs about many of the research resources that's she's discovered. Her research is primarily in the in Canada but has traced ancestors back to Scotland, Ireland and England. Patricia is currently the Vice President of the Grande Prairie Branch of the Alberta Genealogical Society and enjoys analyzing her DNA matches. She encourages people to look her up on GEDmatch.com using her kit number T509873. Visit Patricia's Website

2 Responses to How I Solved It: Did Your Ancestor Leave You A Clue at the Cemetery?