How I Solved It: Tracking Martha Johnson 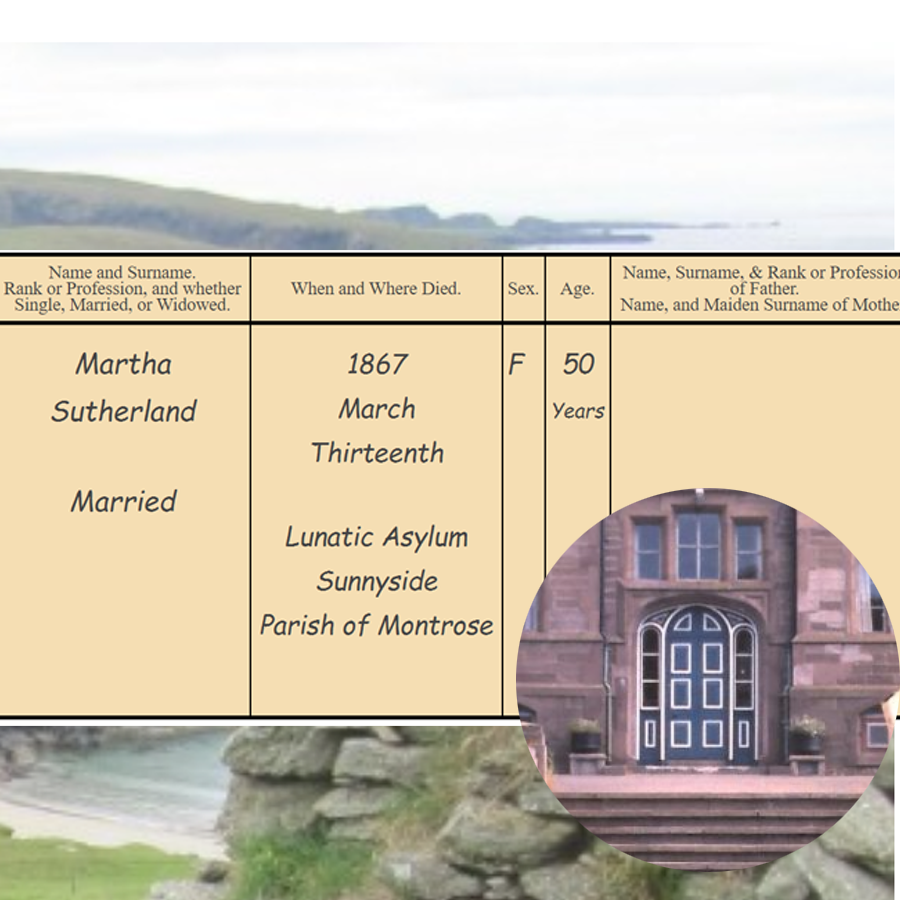 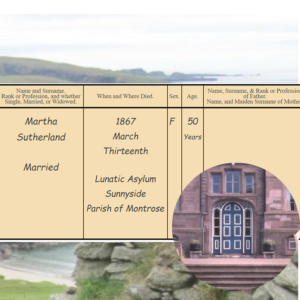 Morag Hughson, blog author at Wir Unst Family, has shared this blog as part of our ongoing “How I Solved It Series” who wrote this blog when the 2nd great grandson of Martha contacted her requesting information.

It’s always great when distant relatives approach you with the same interests in the family that you have. In this blog, she provides the information he requested as well as her journey that it took to find it.

I was contacted through my own family history blog by the great-great-grandson of Martha. He was looking for information on her birth and death details.

We knew from her marriage record to Donald Sutherland on 23 Jan 1840 that her maiden name is Martha Johnson, and that she lived in Ungersta. Interestingly, on her son James’s marriage record she is recorded as Martha Jamieson. Being a little less specific about her surname and searching for Martha J* soon reveals the following record in the Old Parish Records of Births and Baptisms in Unst.

Seeing this record explains the discrepancy and also the difficulty in finding it. This is a common problem with patronymic surnames, since that record is indexed as Martha Jameson, not Johnson as she was actually known.

Finding her death record was a little more difficult, however. We know she died between 1861 and 1871 from census returns since in 1861 she is in Unst with her family, but in 1871 she is nowhere to be found and her husband, who is still living in Skaw, is recorded as Widowed. She didn’t die in Unst though as there is no sign of her in the Unst death records.

So, since I was in Edinburgh at the ScotlandsPeople Centre I had a thorough look at all the Martha’s who died anywhere in Shetland between 1861 and 1871, still no sign. Expanding my search for Martha Sutherland’s in the whole of Scotland I found one possibility, a married woman called Martha Sutherland who died in The Sunnyside Lunatic Asylum in Montrose – a long way from Unst!

The informant didn’t know enough about her, or didn’t bother to find out enough, to fill in her husband’s name, which is usually recorded below the word Married, nor her parent’s names. So, this could be her, but equally, it could be anyone.

Upstairs in Register House, above the ScotlandsPeople search rooms, is the Historical Records search room, so I looked for admission records for the Sunnyside hospital in their catalog index; and I found them, but they are not digitized, and they are stored in the University of Dundee Archives. I was ready to pop over to Dundee the following day to get a look at them, only to discover that Thursday (the last day of my visit to Scotland this time) was the day their archives are closed! I definitely had a “so near, and yet so far” feeling then.

So, I emailed the Dundee Archives in the hope that they could look up the Admission records and find the Martha Sutherland who died in the Hospital and see if there was any additional information recorded that would refute or prove that she was the one we were looking for. I wasn’t sure how well indexed such records were, whether looking one person up, even with such a narrow date window (1861 – 1867), would mean literally turning every page.

Well, I was very pleasantly surprised. Turns out it was an easy lookup for the archivist to do, and by the time I left Register House on Thursday afternoon (where there is no internet access) and could read my email for the day, I had a response from them with the details from the Hospital Records. It was a woman from Unst, with a husband Donald Sutherland who lived in Skaw. It was our girl! She checked into the Hospital on 9 January 1865, at age 48. This was recorded as her third attack, the first being when she was 36 years of age.

The record also shed some light on why she was there. The Supposed Cause was recorded as “Death of an infant from being overlaid and death of a child thereafter from burning.”

It just shows that it really is worth following every possible lead, even if you don’t think it’s likely that someone would be so far from home when they died, Unst to Montrose is quite a long way from home.

Morag Hughson was born in Shetland, and grew up on the island of Unst, Britain's most northerly island. Her own family history comes from Unst, and she has been researching it off and on for ten years. She started as a teenager, but after a long pause, reconnected with her research after a trip home to Unst where she came across the old crinkly paper family tree. Five years ago she expanded her research and she is now conducting a one-place study to create a fully-sourced family tree for the whole of Unst. She writes her blog to document her progress and share her stories with other amateur genealogists and bloggers like herself. Learn more about Morag and her family history research on the complete Unst family tree by visiting her blog.