In this two-part series, the expert researchers at Legacy Tree Genealogists share valuable tips for tackling “unknowns” that surface as a result of DNA testing. Maybe you came across an unexpected ethnicity; maybe you have some unknown parentage; maybe you just want to figure out how you’re connected to someone because you’ve looked at their tree and it doesn’t seem to connect. Regardless of the source of the mystery, you’ll need to do some sleuthing to figure it out. Here’s the second half of Legacy Tree Genealogists’ expert advice: 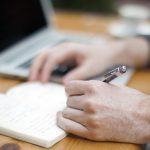 Sometimes genetic cousins provide little information in conjunction with their DNA test results. They may not have a family tree themselves. They may not respond to requests for collaboration. Despite these shortcomings, it may still be possible to determine how they are related to a test subject or a group of matches by building a tree for them. Public records indexes found on many genealogy websites as well as people finder databases may help in extending their ancestry. Use every piece of available information including shared matches, usernames, email addresses, or reported residences to help identify living individuals. Once you have performed research on your family, you may need to perform additional DNA testing in order to prove the identity of a particular ancestor. Public record databases can also help you locate contact information for living individuals who might be invited to test.

Even if genetic cousins may not have attached family tree information, they may have a strong social media presence that provides clues regarding their extended family. You might find other genetic cousins among their social connections. Even if their friends may not be visible, look for relatives commenting on their public posts. Posts for birthdays, marriages, deaths, old photographs, and reminisces can provide important details regarding family history as well as family relationships. 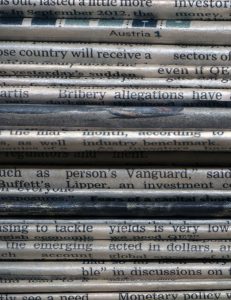 In addition to the enormous value that newspaper obituaries have for tracing descendants of an ancestor, finding living individuals, and proving relationships between collateral relatives, newspapers also can illuminate the context of the people, place, and time of a conception. Small towns often used newspapers as a chronicle of daily life and activities providing such important details as the attendees at a party, visits from out of town relatives, and local happenings.

Census records provide snapshots of families and communities at regular intervals and help show who was in the same place at the same time. U.S. Censuses after 1880 also state family relationships and can provide easily accessible direct evidence for generational linkages between proposed relatives. More recent censuses in urban areas frequently provided street addresses for the residences of families giving geographic context to an investigation. Even in rural areas, households were often enumerated based on their proximity to one another. Boarders, neighbors, and nearby families can sometimes be identified as the DNA contributors in unexpected relationship scenarios. 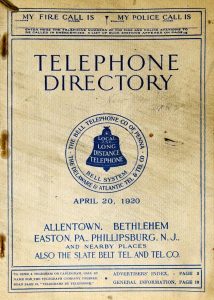 If an ancestor with unexpected or unknown parentage was born between census dates, or if you discover recent unknown ancestry after the time when most censuses are available, city directories offer an excellent supplement and substitute for exploring the residences, occupations, and geographic contexts of a conception event.

Genetic genealogy is an immensely powerful tool which can help solve mysteries of unknown ancestors and unknown origins. On the other hand, DNA testing may result in the discovery of unanticipated, unexpected or unknown relationships. Regardless of whether genetic genealogy is used to address an unknown or is the means of uncovering one, DNA test results must be considered within the context of traditional document evidence in order to adequately identify the right people in the right place at the right time.

Are you struggling to make sense of an unexpected result in your DNA test? Do any of the scenarios above sound similar to your own situation? Are you seeking unknown ancestors in your family tree through genetic evidence? Legacy Tree Genealogists has experienced researchers who would love to help you consider both the genetic and documentary evidence for your case. To request a free consultation, visit https://legacytree.com/rootsfinder.

If you missed part one of this series, you can find it here: https://www.rootsfinder.com/blog/using-document-evidence-to-resolve-the-unknown-in-your-dna-results-part-1/