How I Solved It: The Swinfield Family Bible Discovered! 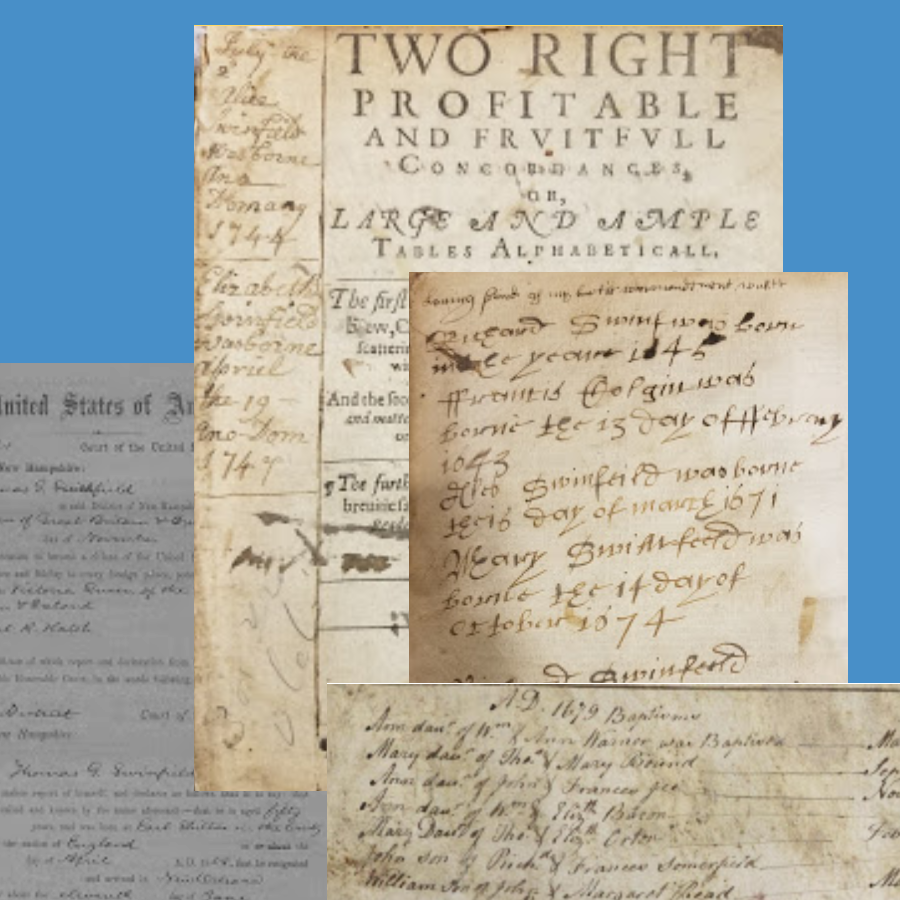 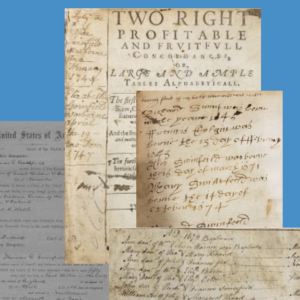 Geoff Swinfield, blog author of The Swinfield Blog, has shared this blog as part of our ongoing “How I Solved It” series.

Geoff discusses the great discovery of the long-lost family bible and how it was found by reaching out to the public through a blog post.

In genealogy, you never know when a significant breakthrough will happen in your research. The end of 2017 presented a wonderful surprise which will be of great significance to all Swinfields, especially those who are part of what is known as Family 5. Whilst away on holiday in December, I was contacted by an American woman who had recently started to investigate her genealogy. She found me through reading my Swinfield Blog. It just shows that advertising your research interests is a great way of finding new contacts and relatives who may have that important fact, memory or, in this case, a family artifact.

Through family sources and research in American sources, she had been able to extend one of her lines back to her immigrant ancestor, her great-great-great-great-grandmother, Elizabeth Swinfield Cooper (1839-1925) who married John Warburton in 1859 in Portsmouth, New Hampshire. Elizabeth’s father was Thomas (George) Swinfield (1808-1893) who had left his family behind in the village of Earl Shilton, Leicestershire, to live with Maria Cooper at Calverton, Nottinghamshire, both in England. Whilst living there, he advocated Chartism, a movement fighting for political reform and a wider franchise. It is not known when Maria and her daughter traveled to America but Thomas sailed from Liverpool to New Orleans aboard The Germanicus, arriving on 13th June 1854. He became a naturalized American in March 1867 having settled in Portsmouth, NH. Thomas, his daughter and grandchildren are recorded on a memorial stone in Proprietor’s Cemetery there. 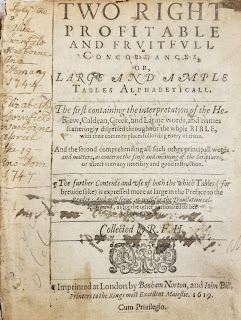 Most significantly to me was the mention that her father is the custodian of the Swinfield Family Bible which was carried to Portsmouth by their ancestor. She believed that it contained genealogical information from the 17th century. Amazingly that proved to be true! The entries are actually recorded in a Concordance which was printed in London in 1619. 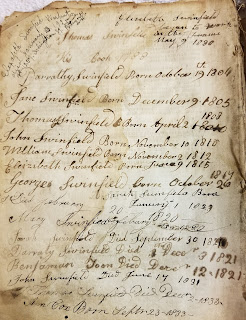 One page records the dates of birth (and some deaths) for Thomas Swinfield and his seven siblings, who were born from 1804 to 1820 at Earl Shilton. Those dates are not recorded in the parish registers of baptism and burial. Thomas was born on 2nd April 1808, the same date which he recorded when he started the process of becoming an American citizen in 1864. Elsewhere, it records that he first went to school on 24th August 1817, when he was 9. 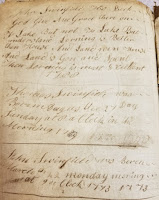 This book had belonged to his father, also Thomas (1769-1833), from 1788. It had passed down through the family from his great-grandfather, John Swinfield, who died at Smisby in Derbyshire in that year and his grandfather, also John (1738-1820). We even learn that John Swinfield junior, who I recently discovered had served in the 4th Regiment of Foot in the mid 18th century, had a hitherto unknown son, also John, who was born on 22nd March 1773. His baptism cannot be readily located by using the major genealogical indexes of Ancestry, FamilySearch and FindMyPast. He was certainly not baptized at Ashby de la Zouch, Leicestershire, where his two siblings were recorded.

Subsequently, it has been established that John was the head of another, previously apparently unrelated, Swinfield family (Family 2), joining two lineages together. He and his sons worked as blacksmiths in the nearby village of Burbage and elsewhere in Leicestershire and as far away as Gloucestershire.

The most significant records relate to the earlier period. Neither Derrick Swinfield, a fellow Swinfield researcher, nor myself, in our many years of investigation into the history of what became known as Family 5, had been able to positively identify the baptism of John Swinfield senior who married Mary Meachem in the church of Norton-juxta-Twycross, Leicestershire,  in 1732. Their children were baptised at Smisby church from 1738 to 1747, the two youngest daughters being recorded in our Family Bible. Disappointingly, John’s date of birth was not written down there and neither is anything about his wife or their dates of death. He would have been born at the turn of the 17th/18th century. 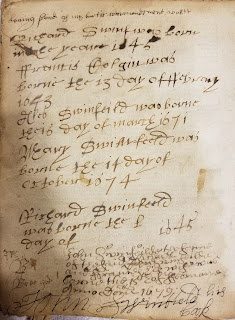 However, the Bible tells us that an even earlier John Swinfield was born on 15th February 1679 (presumed to be 1680 in the modern calendar) as the son of Richard Swinfield and Frances Colgin, who were born in 1645 and 1643 respectively. From our database of Swinfield and variant entries, that John, who must surely be the father of John of Smisby, was baptised at Markfield church in Leicestershire on 20th February 1679/80 as the son of Richard and Frances Swinfield. His older sister, Mary, whose birth is also in the newly-found book, was christened there in 1675. Richard and Frances were laid to rest from Markfield church in 1701 and 1717.  Their marriage is yet to be found.

There is still more that we now know about the ancestry of Richard Swinfield. This is revealed in the next episode of the Swinfield Blog. Who would have thought that a book, printed 400 years ago next year, and now discovered in North America by means of social networking, would contain so much invaluable information? The lesson to be learned is to never stop searching for those relatives who may hold such very important and unique family information.

Dr Geoff Swinfield has been addicted to genealogy and family history since 1972. He has a PhD in genetics from Nottingham University, England, and has applied genealogical techniques and sources to the study of families that are at risk from genetic diseases. Geoff promotes the application of DNA testing to family history studies. Living in London, he is on the Board of Assessors of the Association of Genealogists and Researchers in Archives (AGRA) and has taught many courses in genealogy. He was a professional researcher for nearly 40 years and since 1999 had his own genealogical company, Geoff Swinfield Genealogical Services. Retiring in 2017, he now has time to concentrate on his own family history research. Visit Geoff's Website