How I Solved It: Frederick Allen Downing: finding the father of an illegitimate child 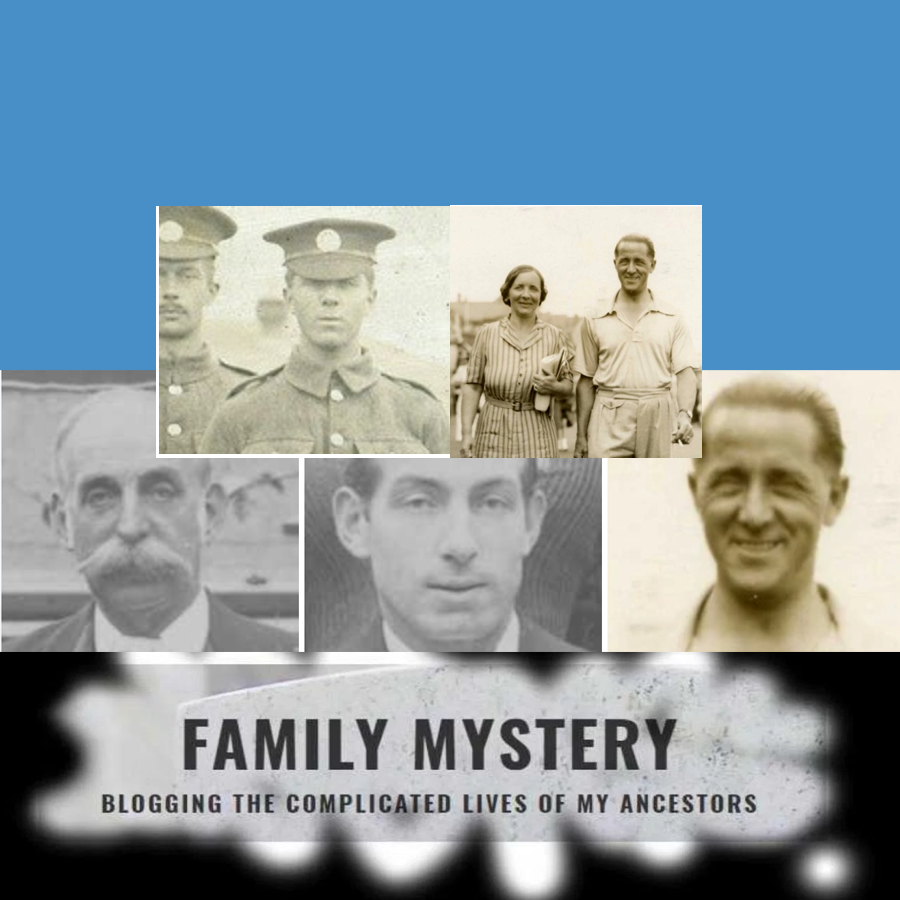 Suzi Brent, blog author of Family Tree Mystery, shares how she conquered what she had thought was an unsolvable mystery for our “How I Solved It Series.” 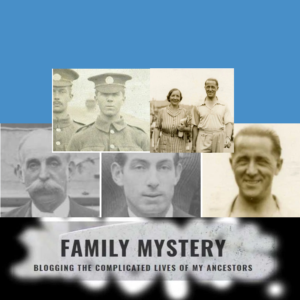 A DNA test from a third cousin twice removed and an inquest report helped Suzi track down the unknown father of an ancestor…and brought meaning to a clue that had been staring her in the face all along.

Tailor and Author of Kettering, Northamptonshire, and my great grandfather.

Frederick was an obvious choice for a starting point for this blog. His parentage was the biggest mystery in my family tree, and at one point, I thought it an unsolvable mystery. It turned out the answer was staring me in the face all along.

Here’s what I knew about Frederick from my family. He was born in Southend-on-Sea, Essex, on 29th January 1897, the illegitimate child of Annie Catherine Downing, who died – possibly, my mother thought, in childbirth – and was brought up by his uncle, Alfred Downing, who had moved to Kettering, Northamptonshire for work. Frederick’s early years were difficult; he always felt his parents (particularly his stepmother, Sarah) favoured their biological son, Alec, over him and he was left behind in Kettering when Alfred, Sarah and Alec temporarily moved to London in the 1910s. At 14 Frederick worked in one of Kettering’s many boot factories. At 17, he was faced with the outbreak of war. Frederick enlisted in the army, first of all on home service, as he was too young to serve abroad. It was while he was in army camp in Yorkshire he met his wife, Elizabeth Danby. They married on 5th June 1917, when Elizabeth was three months pregnant with their first child, Dorothy. A month later, Frederick was back on service abroad, fighting in the battle of Passchendaele where he was injured and sent home, seeing the rest of the war out with a home service battalion in Northumberland.

After the war, Frederick returned to Kettering where he was reunited with Elizabeth. A second child (my grandfather, Aubrey) followed in 1920. Frederick was employed by local clothing factory Wallis and Linnell as a master tailor. In 1950 it was a proud moment for Frederick as his book “The Guide to the Art of Dress” with helpful insights such as the below was published. (I tracked a copy down on eBay last year for £20). He lived in a council house on Windmill Avenue, Kettering, and his garden, complete with elaborate stone statue, was his pride and joy. He also owned a red setter dog. Frederick died on 31 January 1969, a few days after his 72nd birthday, from cancer, and was outlived by his wife. He was remembered as a charming man who was very popular with the ladies – in fact, a lady named Doll who was reputedly his girlfriend sent flowers to his funeral!

Not knowing who Frederick’s father was left a huge gap in my family tree. Unfortunately, the year of his birth was the worst possible time in history for an official record of his parentage to survive. Had be been born before 1834, under the Old Poor Law, the parish would have got involved and a Bastardy Bond could have been issued, or perhaps some discussion of the issue been documented in the Parish Chest records. And as we all know, nowadays a recalcitrant father can be pinned down with a DNA test and a maintenance order. But in the late 19th century, unmarried girls who got themselves pregnant were seen as rather silly people who were left to fend for themselves. Clearly I had to look away from the official records for Frederick’s father.

I obtained Frederick’s birth certificate (father: blank) and marriage certificate (father listed as Alfred Downing, the uncle who brought him up). The birth certificate gave Frederick’s place of birth as 10 Francis Terrace in Southend and his mother’s occupation as domestic servant, so I wondered if Annie had got herself pregnant by the man of the house and was briefly excited when I checked the 1891 census to find the man of the house was named Frederick Eaton, but he turned out to be a red herring. When I checked the 1897 electoral roll, the Eatons had moved out of 10 Francis Terrace and been replaced by Annie’s sister Emily Gillingham and her family!

I then looked to Frederick’s middle name, Allen. Illegimate children of those days were often given their father’s surname as a middle name – either so they could drop the mother’s surname if the patients subsequently married, or to draw attention to the parentage of a child whose father refused to acknowledge them. Allen is a very common surname, though, and the list of Mr Allens living in Southend in 1897 was prohibitively long. I toyed with a few candidates – Charles Allen (a distant cousin of Annie’s who was a sailor, drifted and suitably flaky) and Frederick Allen (a taxi driver who lived in the next road) being my top suspects, but how could I prove that either of them were the right man?

The lightbulb moment came – as often these things do in genealogy – when I was looking for something else entirely. I was searching the baptism register of Southend St John the Baptist church, looking for children of Annie’s sister Emily, when I noticed a baptism in 1897 of a Florence Allen, daughter of Frederick James Allen and his wife Sarah. Frederick Allen’s occupation was listed as painter and decorator – the same occupation as Annie’s father, Henry. So here was a man who went to church with Annie, possibly worked with her father, and who shared her child’s name. I had a feeling I had my man. This feeling intensified when I found Emily’s marriage register entry from 1890 and saw that the same Frederick Allen had been one of the witnesses. This was enough for me to launch some research into the Allen’s, and in doing so, I found someone else was researching the same family – a man named David Allen, descended from Frederick Allen’s uncle (a rich elderman and Southend builder). I got in touch with David Allen (genealogy, incidentally involves a lot of time sending unsolicited messages to distant relatives attempting to convince them you are not a random lunatic) , who sent me some photos of his Allen ancestors to see if I could spot a resemblance.

Of course, the longer I looked at these photos, the more alike the men looked – the distinctive rainbow shaped eyes, the septum protruding slightly below the nostrils (a feature I seem to have inherited, much to my chagrin) – but sometimes you just see what you want to see. Then David Allen mentioned that he had taken a genealogical DNA test. At (possibly) third cousins twice removed, we could be too far removed for a strong match, but another male direct descendent such as my uncle or grandfather would share the same Y-chromosome haplogroup (since Y chromosomes are only passed down the male line). David Allen happened to belong to a very rare haplogroup – Q – common amongst native Americans, occasionally found in Scandinavians and Ashkenazi Jews but almost unheard of in the White British. My uncle, David Downing, kindly agreed to take a test. I sent 23andme a ridiculous sum of money, my uncle spent some time spitting into a tube, and six impatient weeks later, I got an email to say the results were in…

David Downing and David Allen’s haplogroups were the same. My uncle had the same incredibly rare Y chromosome! This was pretty much conclusive proof that they shared a common Allen ancestor, though not necessarily Frederick James Allen. However, none of the other Allens had any known dealings with the Downing family so I felt confident enough to add Frederick James Allen into my tree, finally filling out that conspicuous bare branch.

The final proof came on a visit to Southend Library some two years later, where I found a detailed account of the inquest into Annie Downing’s death in the Southend Standard, including the following exchange between the foreman of the jury and Annie’s husband, Thomas Elsegood:

Mr Armstrong: What is the meaning in the letter of the reference to a child? – It was her child, and not mine. It was born two years before we were married.

The Foreman: Who was the child’s father? – Frederick Allen, painter, of Southchurch Road.

The Coroner: I don’t think that is very material.

(If only I’d seen that first, I could have saved myself the cost of a DNA test. Hindsight is a wonderful thing).

The irony in this is, of course, that while Frederick Allen Downing had no idea who his father was he was actually walking around carrying his father’s name with him. I thought it an unsolvable mystery, but actually the name I was looking for was right there in front of me from the very start. So my advice to any genealogists looking for an absent father is to look at the child’s name. The information may be right before your very eyes.

In future entries I will tell you a bit more about Annie Downing, her untimely death – which was not from childbirth at all – and my theories about her relationship with Frederick James Allen.

3 Responses to How I Solved It: Frederick Allen Downing: finding the father of an illegitimate child