How I Solved It: Eleanor Hope: An 18th Century Single Mum 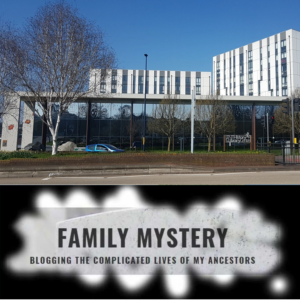 In this blog, Suzi shares the story of how she found the names of the fathers of three illegitimate children of one ancestor in the late 1790s. Using Parish Chest and Poor Law records for the parish, she’s been able to trace one of the fathers (father of two of the children) and has a major lead on the other.

I wrote a little about Eleanor Hope when I told you about her son, Thomas Sharp Hope, the ancestor who took my genes to New York, Kalamazoo and beyond.  Last week I visited the Kent Archives in Maidstone in the hope of finding a little more about his mother, Eleanor Hope.  I knew Eleanor had given birth to three illegitimate children between 1788 and 1795.  The attitude of the state towards illegitimate children has wavered throughout history – when my poor great great grandmother Annie had her illegitimate son in 1897, no one would have cared or helped.  But in 1788, things were different.  The mother would be the subject of considerable shame, but the parish would still help her financially.  They would also do their best to apprehend the father and recoup their costs from him.  The proceedings would usually be recorded in the parish chest documents, such as the Overseers’ book.

Unlike the Essex Records Office (to which I am a regular visitor), Kent Archives do not let you handle most of their original documents.  The parish chest documents for Frittenden, where Eleanor Hope lived, are on microfilm.  Most historians will shudder when the word “microfilm” is mentioned.  It is a technology that has not moved on since the 1980s, which involves a fiddly reader, and hours flicking backwards and forwards at documents in a seemingly random order, squinting your eyes at slightly out-of-focus text in spidery handwriting.

After a long time leafing through the irrelevancies of Frittenden’s finances, I finally found what I was looking for.

The father of Eleanor’s first son, Samuel, was no mystery because I had already seen it recorded in the Frittenden parish register.  Samuel was “the base born child of Eleanor Hope and Samuel Chambers of Headcorn”.  Nonetheless, it was nice to see this confirmed in the book.  On 27th December 1788, there was a payment to Richard Hope (Eleanor’s father) for “Eleanor lying in” (“lying in” being an archaeic name for the process of giving birth and bed rest thereafter).  This was followed by regular payments to Eleanor for “keeping her child”.  It seems like Samuel Chambers did at least face up to his responsibilities as a father, there is no mention of an examination or of anyone having to pursue him for what he owed.

However, until this point I had no idea who fathered Eleanor’s second child, Lydia.  I could find no record of her baptism but knew from the census she was born in roughly 1792.  Like many people, Lydia was slightly inconsistent with the age she gave, which matters more in this case because on 13th December 1791, a marriage licence was issued for Eleanor Hope and Samuel Chambers.  But the marriage apparently never took place – there is no record of it, and when Eleanor finally got married many years later, her name was still “Hope”.  I thought that this licence was probably a result of the parish trying to force Samuel to marry a pregnant Eleanor, but it was hard to be sure without a date of birth for Lydia.

Fortunately, the poor book cleared this up once and for all.  On February 2nd, 1792, Samuel Chambers made a payment of two pounds for “Eleanor Hope lying in”.  So Eleanor would have been six months pregnant at the time of the wedding which never happened, and Samuel was indeed Lydia’s father.  The payments from Samuel continued until 1795 and there are mentions of Eleanor receiving payments for two children and a bonus for digging the workhouse garden.  However, in August 1795, the gardening had to stop, because Eleanor was pregnant again, and this time Samuel Chambers was not the culprit.

I had long suspected Thomas’s father would be a Mr Sharp, since it was common practice to give an illegitimate child its father’s surname as a middle name, particularly if the father was refusing to acknowledge their child.  (This could explain why Samuel and Lydia did not have the middle name Chambers – as Samuel Chambers had acknowledged them and was providing for them, there was no need).  Which Mr Sharp was more of a question.  From my previous experience finding the father of Frederick Allen Downing, I suspected it would be a Thomas Sharp, but I couldn’t be sure. There were several Sharp families in the vicinity of Frittenden.  In Frittenden itself, there was a man named William Sharp in Frittenden who had several sons, including one named Thomas.  However, William Sharp was considerably older than Eleanor and his sons considerably younger – not outside the realms of possibility, but enough to make the idea less compelling.

On August 14th, 1795 – three months before the birth of Thomas – there was an entry for the examination of Eleanor Hope (in other words, the interrogation in which Eleanor would be forced to declare the name of the father) followed by a “warrant for Thomas Sharp” and “a journey to Cranbrook to take on the warrant”.  This was very useful information as it confirmed Mr Sharp was indeed a Thomas and that he was in Cranbrook at the time of Eleanor’s pregnancy.  However, annoyingly, I can find no record of a Thomas Sharp of the right age living in Cranbrook at any time.  At the moment, I think this must be William Sharp’s son (who, at ten years Eleanor’s junior, would have been 21 at the time) and that he was only in Cranbrook temporarily, but I am going to have to take a closer look at all the Thomas Sharps in Kent before I can draw any firm conclusions.  And of course, the goddamn microfilms for Cranbrook.

So what became of Eleanor and her family?

Samuel Chambers remained unmarried until 1827, when he married Mary Bloomfield, who was 44 years younger than him.  Their children were born when he was 62 and 64 years old, making them forty years older than their half-siblings.  They are all buried in Headcorn cemetery.

Samuel Hope married Rhoda Bridge in 1808.  They had ten children and lived a life of poverty, with frequent appearances in the Smarden poor law books.  In 1823 he emigrated to America, probably as part of one of the many schemes whereby burdensome parishioners were lured abroad with the promise of a new life and left with no money, thousands of miles from home.  He was dead by the age of fifty.  His wife and children fared better, however, and many still live in Kalamazoo today.

I’ve already told you what happened to Thomas.  He also emigrated to America, but with happier results than his brother.  He also has descendents there alive today.

Eleanor fell on her feet when she married Edward Honeysett, a well off man heavily involved with the baptist church of nearby Smarden, in 1799.  He took care of her and her children, and left bequests to both Lydia and Thomas in his will.  Samuel was already dead.

Lydia Hope married the extremely wealthy Thomas Witherden, the cousin of  “Rich Richard” Beale’s wife, Fanny.  I wonder if this was an unsatisfactory union for the Witherden family, as Fanny and Thomas were not buried in the Witherden family plot at All Saints, Biddenden.  Thomas died in 1837, leaving Lydia with six children and his property, Great Bachelor Farm in Biddenden.  Lydia took on the farm with the help of her children and is described as a farmer with two employees on the census.  When she died in 1873, she left a will of £1,500, roughly £200,000 in today’s money.  Not a bad outcome for a single parent child!