How I Solved It: MyHeritage Newly Indexed Ellis Island Records and My Great Discovery! 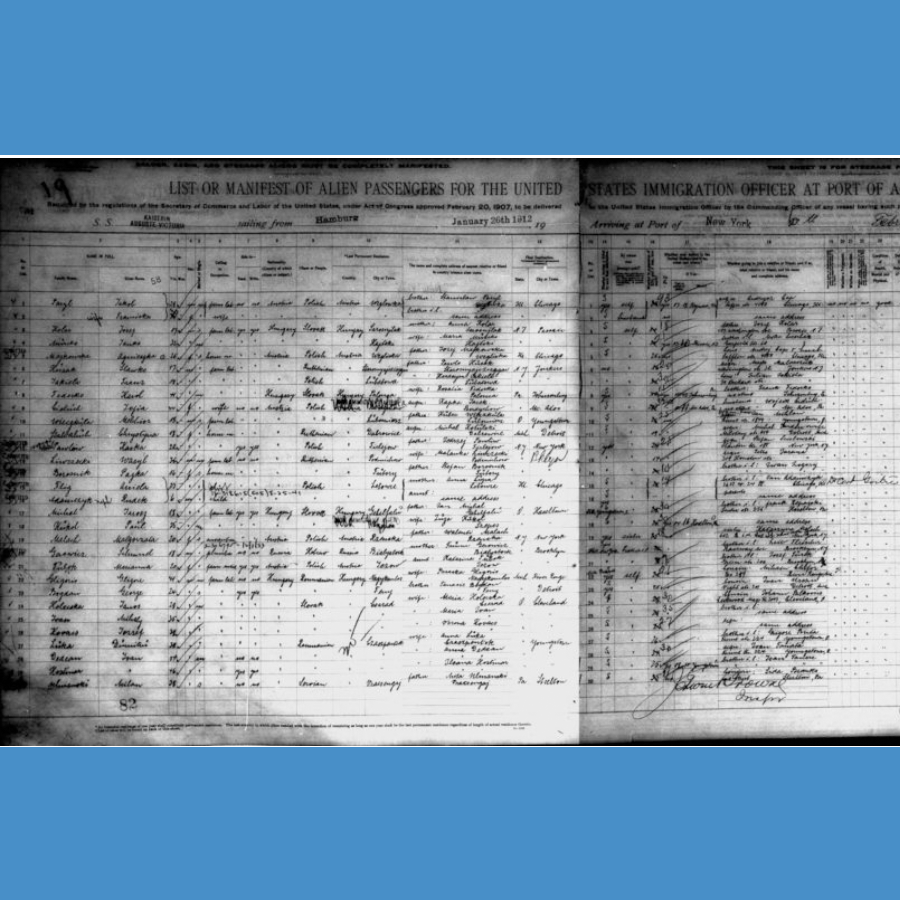 How I Solved It: MyHeritage Newly Indexed Ellis Island Records and My Great Discovery! 3 July 2018 Linda Stufflebean How I Solved It 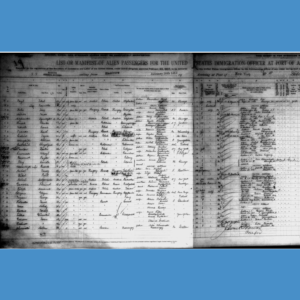 Linda Stufflebean, blog author from the website Empty Branch Family Tree has shared this blog with us as part of our “How I Solved It” Series.

In this blog, Linda details a recent webinar that covers some newly indexed and published records in a database. A question about her grandmother’s stories led to several exciting finds in passenger lists and the New Jersey State Census.

Recently, Legacy Family Tree Webinars hosted a presentation by Mike Mansfield, titled Find Your Immigrant Ancestors AND Their Relatives in the New York Passenger Arrival Records. This webinar gave a glimpse into the newly indexed records for New York which have been added to the MyHeritage database collection.

This webinar is well worth watching if you have ancestors who passed through Ellis Island. It’s in the free library so even if you aren’t a subscriber (you should be, it’s fabulous!), you will have access to it. 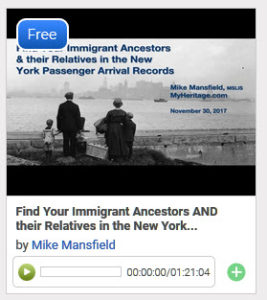 My paternal great grandparents all came through Castle Garden and, later, through Ellis Island. I was lucky enough to have my grandmother to ask questions back when I first began this genealogical journey.

I was very curious about the Slovak side of my family. My grandmother, Julia Scerbak Sabo, was born in Passaic, New Jersey in 1893. Her parents had also married in Passaic a couple of years earlier. However, her family story was a bit different than that of most immigrants. When Nana was four or five years old, the family returned to Ujak, their ancestral village. Nana returned to the United States in 1910 when she was seventeen years old, traveling with her cousin, Susanna Szurgent, who was all of eighteen years old.

I asked Nana if she ever saw her parents again, as her father and mother, Michael Scerbak and Anna Murcko, both died in Ujak (today known as Udol.) She said she never saw her mother again, although they talked on the telephone a handful of times. However, she said she saw her father at least twice more before he died in 1932 because he returned to Passaic for short times. 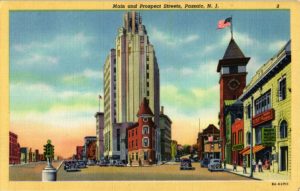 Now, Nana was always spot on about any questions I put to her about her family and life in Slovakia. I had no reason to doubt that Michael Scerbak returned to the United States for those visits, likely a combination of earning some money and visiting with friends and relatives who settled in the Passaic-Garfield area.

Michael was no where to be found in the 1910, 1920 or 1930 censuses, nor could I find him in the 1915 New Jersey state census and I had resigned myself to the fact that his visits happened between census years and I wouldn’t ever find evidence of when he was here.

That is, I wouldn’t find any evidence until MyHeritage indexed those passenger records. During the webinar, I decided to try out the search capabilities and entered both Scerbak and Scserbak. Up came a hit for a Mike Scserbak in 1912. What really caught my eye was the notation that the passenger, not Mike, was going to stay with his brother-in-law, Mike Scserbak in Garfield, New Jersey. The passenger was Janko Murcko. Janko is a nickname for John, like Johnny. Janko was from Hajtovka, which is a tiny village about a mile from Udol and he was born about 1880. 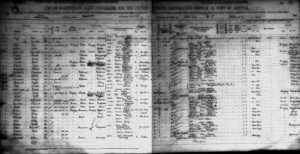 Janko Murcko is person #4 on the top left side of the list.

I mentioned my great-grandmother earlier in this post – she was Anna MURCKO and she had a brother, John, born in 1879. The Murckos were from Hajtovka.

Udol is a very small village that had never had more than perhaps 800 people living there. There is only one Michael Scerbak who married a Murcko and had a brother-in-law named John at that time and that is my great-grandfather.

I finally had my proof that Nana saw her father at least once after she left Slovakia for good. Now I wonder if her dad ever met my grandfather-to-be, George Kucharik aka Sabo. That’s a question that I don’t think will ever be answered!

If that wasn’t great enough, a second entry popped up that I believe is also my Michael Scerbak. I knew my great grandparents were in Passaic by October 1892, when they married at St. Michael’s Church in Passaic, New Jersey. However, I had no idea when either Michael or wife Anna first arrived. 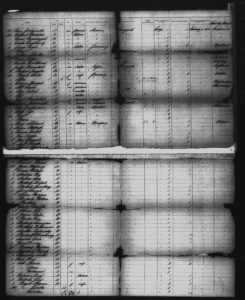 On Line 6 of the second page above, there is a 20-year-old “Michaly Serbak.” My Michael was born in 1868 and there aren’t many men of the same name running around in that time period. I think this is my Michael, which means he was in the United States, probably for the first time since he was alone and aged 20, by 1888. I haven’t yet found Anna’s arrival, but it still might appear. Murcko is spelled many ways since it sounds like “Muchko.”

There is a second part to this story, unrelated to the Ellis Island records. I asked Nana if her father had any siblings. She said he had two sisters, but no brothers. Well, that wasn’t exactly true. Michael had a brother, John, who was about six years older. John married, had a family AND left Slovakia for the Passaic-Garfield area. In fact, he died in 1938 in Garfield.

Nana had been right about so many answers. Why had she not said that she had an uncle who lived in New Jersey? Could she really not have known John’s whereabouts? The 1915 New Jersey state census can answer that question. John Scerbak was living at 98 Grand Street, Garfield, New Jersey. Nana, who married in September 1915, was still single at the time the 1915 census was taken and was living with cousins at 60 Grand Street, Garfield. Those two houses are a total of 443 apart and that particular neighborhood was very popular with folks from Ujak and Hajtovka, as it was less than one mile from St. Michael’s Greek Catholic Church in Passaic, where they all worshipped.

Well, they all worshipped there except for one John Scerbak, who broke with tradition and attended SS. Peter and Paul’s Russian Orthodox Church! My grandmother loved St. Michael’s and she had a long-standing hatred of Russia for taking over Slovakia and turning it Communist.

Nana isn’t here to question more closely, but I think she denied that she had an uncle because John Scerbak chose to leave the parish of St. Michael’s!

If you have family who passed through Ellis Island, I strongly recommend that you watch this webinar, which is in the free library at Legacy Family Tree. I’ve disliked the Ellis Island website ever since they introduced their “new improved” (I think they ruined the site) experience. MyHeritage has made a terrific contribution with the New York passengers collection and not only remedied the Ellis Island faults (like images that jump all over the place when you try to read them), but have made the collection vastly more usable by including names of those close relatives/friends back in Europe and those with whom they were going to live in the United States.

Linda Stufflebean has been a family history researcher since 1979. Most of her friends would agree that she is a genealogy addict. In addition to doing some professional work, she teaches Anquestors, a local genealogy interest group. Through the years, she has visited numerous repositories, courthouses and cemeteries in the quest for details about the lives of her ancestors. She has been fortunate to find ways around many of them and decided to focus her blog on some of the methods and thinking outside the box that she has used. Visit Linda's Website