How I Solved It: 1925 Death Photo Holds a Clue to My Ancestor’s Life 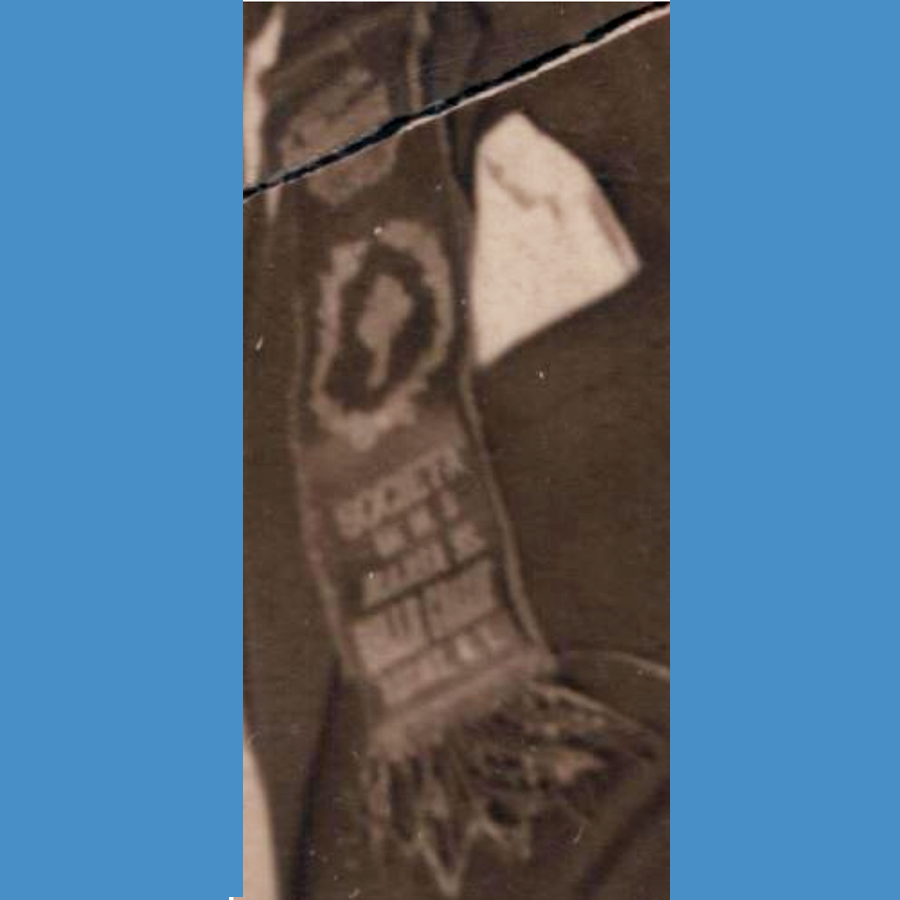 How I Solved It: 1925 Death Photo Holds a Clue to My Ancestor’s Life 16 January 2018 DiAnn Iamarino Ohama Guest BlogsHow I Solved ItUncategorized

In this blog, DiAnn discusses an ancestor who lived in the Bronx and what a society ribbon attached to him at his funeral meant.

Last time, I wrote about the long and winding journey of my great great grandfather, Antonio Saviano. Since then, I’ve been trying to find out something more about his life in the Bronx, New York. He lived there with this family from 1898 until his death in 1925.

I found some newspaper clippings from 1912, 1913, and 1922, but they were not about Antonio. They were about my great-grandfather, Giovanni Sarracino. Giovanni was the son-in-law of Antonio.

Giovanni’s news clippings were about real estate transactions. They each involved the building he owned at the corner of Morris Avenue and East 151st Street in the Bronx. I knew that building. My mom was born there, and it was her parents’ home until the 1970s.

In these real estate transactions, Giovanni seems to be selling the building, or part of it, to the Westchester County Brewing Company of Pelham, NY. But then he’s selling it again as the “agent” of the Ebling Brewery.

I’m confused. I’m going to have to locate details about those business dealings in some city archive.

I was hoping to find that Antonio Saviano was somehow involved in these sales, but I have no proof of that.

So, once again, I’m fixated on the ribbon pinned to his suit as he lay in this coffin in 1925. This is the only photograph I have of Antonio.

Today I rescanned that 1925 photo at 1200dpi—the highest resolution my scanner can do.

I think it’s clear enough to read his ribbon now. I used Google to fine-tune what I thought I saw, and find something that matches.

On the ribbon, you can see Societá at the top. Then there are some initials, then Maria S.S., and finally Delle Grazie, Bronx, NY.

In 1931, after Antonio died, Societa Fratellanza Contursana Di Maria S. S. Delle Grazie, Inc. filed as a domestic not-for-profit corporation. They could have been in existence long before they incorporated in 1931.

I learned today that Italians who came to America in the late 1800s and early 1900s formed local mutual-aid societies. These societies helped new immigrants adjust.

When I was a little girl, I remember the old Italian men sitting on the sidewalk in the Bronx, playing cards around a folding table. My mom said they belonged to a men’s club. Now I feel pretty sure their men’s club may have been the mutual-aid society.

Antonio’s 1925 trail is kinda cold. But I’m hopeful there may be a crack in this case soon!

2 Responses to How I Solved It: 1925 Death Photo Holds a Clue to My Ancestor’s Life