How I Solved It: The Mary In Your Tree: Solving Brick Walls By Reaching Out 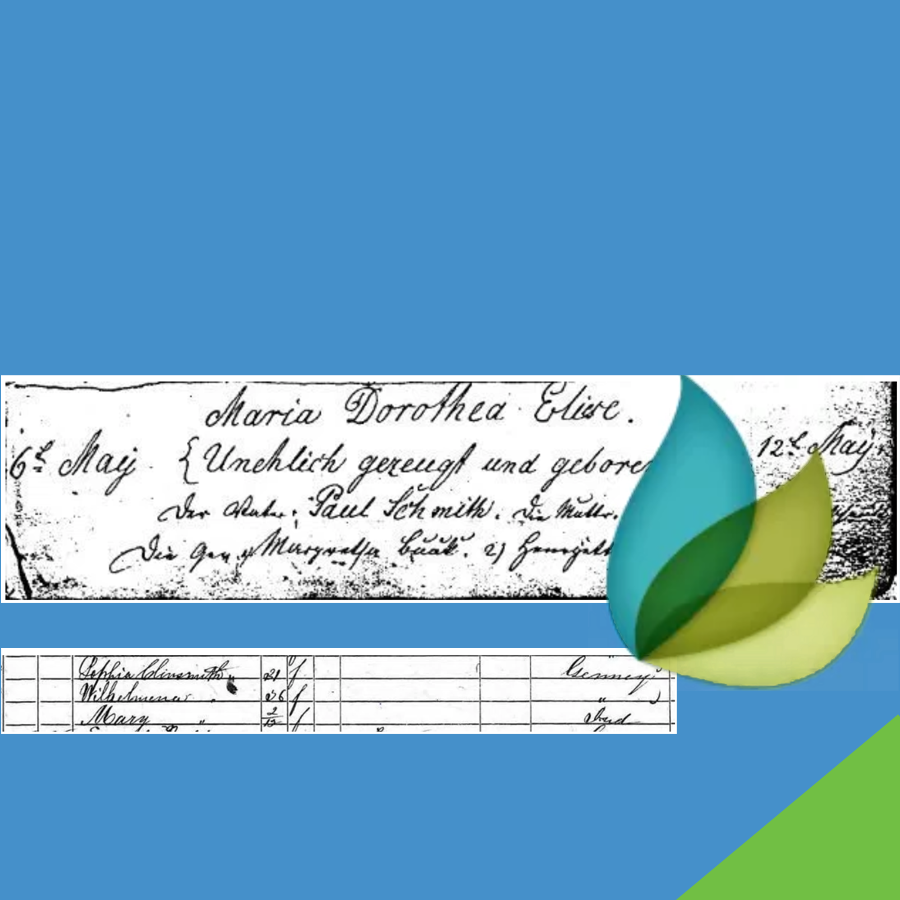 How I Solved It: The Mary In Your Tree: Solving Brick Walls By Reaching Out 12 January 2018 LegacyTree Genealogists Guest BlogsHow I Solved ItUncategorized 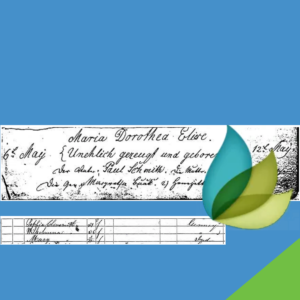 Katy, the Project Manager at LegacyTree Genealogists, shares her story of a brick wall ancestor who died at the age of 23. After exhausting all online sources and applicable FHL microfilm, Katy emailed all of the Lutheran congregations still in existence in the research locality. Because she was willing to email and ask for help, Katy broke down the brick wall and discovered the parents of the ancestor in question.

Genealogists are sometimes thought of as loners. The image of the researcher, up to his elbows in notes in a dim room of the library with his nose buried in a microfilm reader for hours on end is a familiar one. We tend to be an independent group, capable of singular laser-focus, burning the midnight oil scouring books, websites, databases, microfilm, and photographs for those tiny clues that we hope will solve everything. Admittedly, this can be a lonely pursuit, and some people prefer it that way; but it’s important to remember that as we labor to fulfill the ideal of reasonably exhaustive research, we can do ourselves a disservice if we try to do it all alone.

My great-great-grandmother is the one who taught me this lesson. She had died quite young at only 23 years of age, and for a long time I knew very little about her. Born about 1850 in Adams County, Indiana, the 1870 U.S. Census on which she appeared married to my great-great-grandfather, William Kramer, referred to her as Mary. Her marriage record agreed, adding a maiden name – Kleinschmidt. They had been married since 1867, when she was only 17, and he 21.

I subsequently learned that she had died on 26 September 1873 of pyaemia (a form of septicemia sometimes referred to historically as “childbed fever”), tragically within weeks of giving birth to Ida, her third daughter and my great-grandmother. It was particularly heart-wrenching to find the funeral home record of William purchasing a coffin for his young wife two days after her death, with three tiny girls at home mourning their mother.

All of my usual efforts at tracking Mary down prior to her marriage came to naught. Despite her unusual surname and lifelong residence in the Fort Wayne region of Indiana, she did not fit within any of the families I encountered. I tried different iterations of her given name. I used wildcard searches and every possible variation of the Kleinschmidt surname I could come up with. In addition to the censuses, I scoured newspapers, cemetery databases, books, and even online message boards for any scrap of evidence that might clue me in to her origins. I diligently researched every single family in every neighboring county with that surname, tracing each of their children. I was rebuffed at every turn.

The only real shred of evidence I found was a baby named Mary “Clinsmith” on the 1850 U.S. Census in the right county. She was living with two middle-aged Clinsmith women, German immigrants named Wilhelmina and Sophia. These two ladies and the infant were boarding with a family called the Van Berns, and neither appeared to be married. Certainly there were no Kleinschmidt males in the home. As I tracked them further, the frustration grew. No Mary (or any Kleinschmidt child) appeared on any of the following censuses, though Sophia and Wilhelmina continued living with the same Van Bern family. Perhaps I had found Mary as a child – but what relation was she to these women? Who was her father? Why didn’t she appear on the 1860 census? So many more questions had been raised than answered.

The Kleinschmidt women on the 1850 U.S. Census.

Knowing that many German-Americans (including my other known ancestors) had been Lutherans, I was next determined to find record of Mary’s baptism, in hopes that it would list her parents. These records, however, were not readily available. The Family History Library had microfilmed records for only one of the nine Lutheran churches in Adams County, and Mary wasn’t mentioned in them.

It was at this point that I was forced to reach out – and this made all the difference. On one Friday evening, I spent an hour or so dashing off emails to each and every Lutheran congregation still in existence in that part of the state, requesting that they search their historic collections for my ancestor. I finally made contact with the very helpful church archivist of Zion Friedheim Lutheran Church in the small town of Decatur, Indiana. He kindly provided me not only the information I sought, but a scan of the old German record as well so that I could know for myself.

Mary’s full name turned out to be Maria Dorothea Elise Kleinschmidt. Born 6 May 1850, she was the illegitimate daughter of Wilhelmina Kleinschmidt and a man named Paul “Schmith”! This explained her relationship to the single women of the 1850 census – Wilhelmina was her mother, and Sophia her aunt. Additionally, one of the sponsors who witnessed the christening was Mary’s other aunt, Henrietta Von Behren (Van Bern) – the woman in whose home Wilhelmina and Sophia had been living for decades! They were not some random boarders, but sisters.

From here, I was able finally to trace the Kleinschmidt line back to the Prussian province of Westphalia and identify six more siblings for Wilhelmina, Sophia, and Henrietta. In the end, Wilhelmina never married, and my ancestor remained her only child. Mary’s biological father had been married to another woman at the time, and went on to have several children with his legal wife. Whether Mary ever had any contact with her father or half-siblings is something I may never know.

Then again, I know so much now about Mary Kleinschmidt Kramer that I did not know – could not have known – without reaching out to someone else. If I had never sent those emails, I would almost certainly still be stuck behind my brick wall.

The moral of Mary’s story: never be afraid to email, call, or write a letter. You never know what records are hidden, un-advertised and relatively unknown, but contain a wealth of information not found anywhere else. Whether it’s a tiny church, a county courthouse, or a distant cousin rumored to be in possession of that family Bible – reach out! Remember to be courteous and, when appropriate, to compensate others for their efforts on your behalf. You never know what you’ll find.

Do you have a Mary in your tree? That one ancestor who has had you stumped for years? If you’d like a set of fresh eyes, or access to sources you may not have, consider hiring Legacy Tree Genealogists and allow us to put the lessons we’ve learned as professionals to work for you. Contact us and tell us your goals.